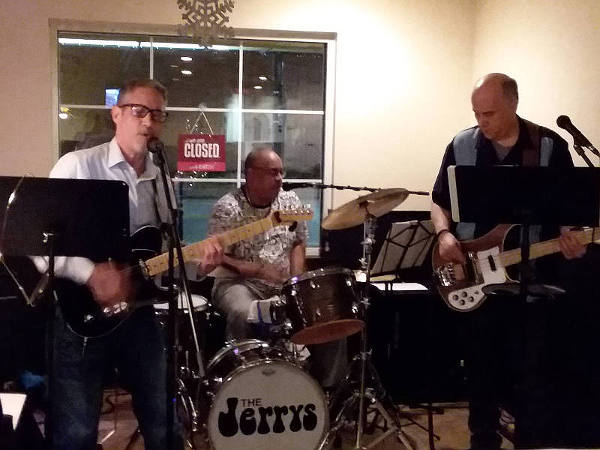 My bandmates and I debuted our new live show on November 17 at Mama and Me Pizzeria in Homewood, Illinois. In all, we played 36 songs, including original music going back to Pop Go The Jerrys, as well as covers of songs by Chuck Berry, Herman’s Hermits, David Bowie, the Kinks, and others. In addition to playing a lot of songs live for the first time, we debuted our new drum head. 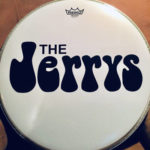 It was not our first time playing at the venue. On September 28, we played just over an hour after a rousing set by The Big Boppers. That evening, we played mostly original songs, but did include a few covers, including Tommy James and the Shondells’ 1966 hit, “Hanky Panky.” Originals included three songs from The Jerrys’ new six-song EP, The Wind Cries Jerrys: “Chicago USA,” “Ms Wonderful,” and “Anna Marie.” Watch “Ms Wonderful” live at Mama and Me Pizzeria below.

For the record, field-testing of my new Fender American Elite Telecaster guitar is now complete. Not once during the entire show did any string slip out of the nut. My repositioning the string guide to the “1960s Telecaster” position was the simple solution to a big problem. After a proper setup, the guitar should be ready to play for a long time.